John is the founder and president of Kabateck Strategies, the premier California public affairs firm focused on helping clients to become more relevant, involved and impactful through strategic positioning and targeted coalition strategies. For the past twenty-five years, he has led strategic coalition development and implementation in California’s public policy and political arenas.

As California Executive Director of the National Federation of Independent Business, California’s leading small business organization, Kabateck was responsible for the recruitment, outreach, and involvement of upwards of 23,000 small and independent business owners from sectors including retail, restaurants, manufacturing, and agriculture. John also served as Senior Legislative Director and Vice President of the California Restaurant Association, during which time he helped lead successful efforts to mobilize small business restaurateurs and their employees to engage in statewide campaigns addressing small business issues.

Kabateck previously served as Chief of Staff in the California Legislature and as Director of Coalitions for Governor Pete Wilson’s successful re-election campaign and as Wilson’s Chief Deputy Appointments Secretary, where he was responsible for full-time and board/commission appointments spanning more than eight state agencies, including the Business, Transportation and Housing Agency and Trade and Commerce Agency. He was selected by Governor Schwarzenegger to serve as Director of External Affairs, in which he managed staff and operations of five statewide offices and the Governor’s statewide coalitions network, including business, local government, and ethnic community outreach efforts.

John is a graduate of the University of Southern California and resides in Sacramento with his wife, Maggie, and two children. 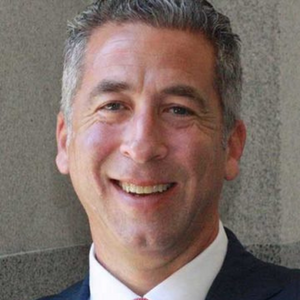