72 lawmakers back patients in fight over NBPP co-pay rules 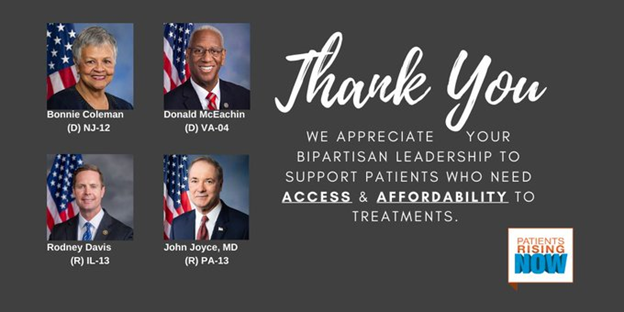 Patients are getting some big-name support on Capitol Hill in the fight to block health care regulations that would increase patient out-of-pocket insurance costs in 2021.

Seventy-two members of the House of Representatives are calling on U.S. Department of Health and Human Services Secretary Alex M. Azar II to drop anti-patient insurance rules contained in the 2021 Notice of Benefit and Payment Parameters (NBPP).

“With patient out-of-pocket costs skyrocketing, we oppose any regulatory changes that would hinder patients’ ability to afford their medicines,” the pro-patient congressional coalition wrote in a letter of opposition to the 2021 NBPP. “It is our fear that many patients will opt to ration their medicines, or leave their medications at the pharmacy counter altogether, which could lead to more serious health conditions and higher costs.”

“We should be doing everything we can to increase affordability options, not limit them,” the pro-patient congressional coalition added.

“Members of Congress on both sides of the aisle agree: Americans shouldn’t have to choose between paying for the medication they need and their next meal,” said Congressman McEachin. “Building on the commonwealth’s success in ensuring prescriptions remain accessible to patients who need them, I am pleased to lead my colleagues in this letter urging Secretary Azar to ensure the same protections are available on the federal level to Americans struggling to pay soaring prices at the pharmacy counter.”

Millions of patients in the United States rely on co-pay assistance programs to access their medications. These programs go by many names, such as a copay card, copay coupon, or copay savings program, and lower patients’ bills at the pharmacy counter.

Approximately one in five prescriptions in the United States are filled using copay coupons. The programs are vital for patients living with rare diseases or chronic conditions for which there are no generic alternatives. For example, more than half of rheumatoid arthritis patients access their treatments with the help of copay coupons, according to Stanford University research.

That critical patient support could be in jeopardy, under the current proposal.

Patient advocates thanked the members of Congress for their support and say the 72-member coalition could help overturn the proposal.

“We are grateful to see 72 members of Congress stand up for patients,” says Wilcox of Patients Rising.

Patients Rising NOW is mobilizing a patient advocacy campaign on social media to urge the U.S. Department of Health and Human Services and the Centers for Medicare & Medicaid Services to protect copay assistance programs.

“We are urging patients to take action,” says Wilcox of Patients Rising. “Join us in sending a message to the U.S. Department of Health and Human Services and the Centers for Medicare & Medicaid to protect patients from sky-high health insurance costs.” 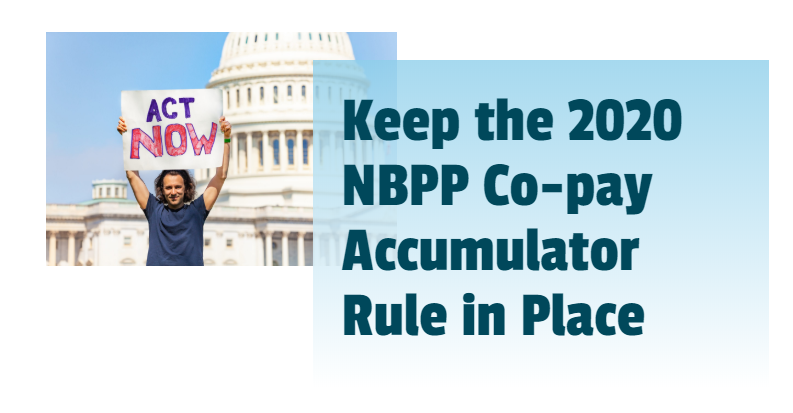